According to a study done by the Centers for Disease Control and Prevention, nearly 50 percent (47.2 to be exact) of American adults have some form of periodontal disease. Despite this high rate, gum disease is often overlooked and many may not even be aware that they have the disease. A main factor in the “silent” nature of gum disease is that the symptoms usually don’t appear until advanced stages. Here we’ll outline some of the symptoms you may be able to recognize in order to get the treatment you need before it’s too late. 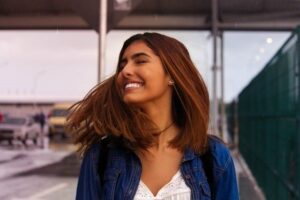 Red, swollen, or tender gums can be one of the first and most easily recognizable signs of periodontitis. However, it is just as common for gum disease to induce little to no recognizable pain.  If this is the case, you may still be able to identify your early stages of gum disease in another way. If you find that your gums bleed while brushing, flossing, or even eating hard foods, this is another indicator that your gums may be swollen and sensitive. Healthy gums don’t bleed from regular maintenance. If yours do, you most likely are suffering from some form of gum disease.

Some of the other, more dramatic symptoms of gum disease include:

As the foundation of your smile, unhealthy or damaged gums can have serious consequences on your oral health. If left unattended, gum disease can even lead to tooth loss.

However, the disease is also very treatable, and the earlier treatment begins, the easier the recovery. If you begin to see even the faintest traces of any of these symptoms, or need an expert in periodontal care for any other reason, contact our office today and get started on healthier gums for tomorrow.

Gingivitis and periodontitis: these diseases that affect the gums are both fairly common among Americans. But just because they are common does not mean that they should go untreated. If taken care of early, both can be stopped with effective care. Below, we’ll go over the signs and symptoms of each, and how you should go about beginning treatment. 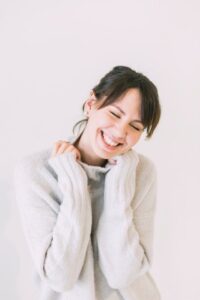 The milder form of gum disease, gingivitis is characterized by red and irritated gums. While this may not seem like a serious issue, gingivitis leads to much worse problems if left untreated. It is estimated that roughly 50 percent of the U.S. population experiences some kind of gingivitis.

According to the Mayo Clinic, poor oral hygiene is the primary cause of gingivitis. Those at increased risk include minorities, substance abusers, older adults, and pregnant women, among others. The disease develops quickly as a build up of plaque causes gums to become infected.

Symptoms include tender and bleeding gums, swollen or shiny gums, mouth sores and bad breath. The best way to prevent the disease is to practice good oral hygiene. However, if treatment is required, a professional will remove all plaque and tartar in a process known as “scaling”. Your doctor will work with you to determine how many cleanings are needed, if other treatment is necessary, and how over-the-counter mouthwashes may help keep plaque levels minimized.

If left untreated, gingivitis may soon lead to a much more serious disease – Periodontitis. This nasty disease can destroy gums, mouth bones, tissue and teeth. It arises when plaque spreads below the gum line, creating toxins that cause tissues and bones to break down.

The American Academy of Periodontology characterizes several types of periodontitis, including chronic, aggressive, as a manifestation of systemic disease, and necrotizing.

Symptoms include many of the same signs as gingivitis, but more advanced. Patients with the disease can expect receding gums, new spaces between teeth, loose teeth, and pus around teeth and gums. There are both surgical and nonsurgical treatment options, all of which you can discuss with your doctor, should the need arise.

Periodontal disease in any of its forms should be of serious concern to you. If you suspect you may be suffering from the disease, it is important to schedule a visit with our office right away to get the care you need quickly.

Prior to the 1960s, professional athletes, marathon runners, high school jocks, and little league ballplayers all reached for the same thing when they grew thirsty: water. But in 1965, sports drinks took the hydration game by storm. 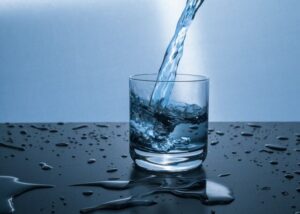 Nowadays, people have all but replaced water with these sugary drinks. While popular among star athletes and weekend warriors alike, are these drinks any more effective in keeping us hydrated than water? What kinds of effects do they have on our teeth? Here we take a look at the most important factors to consider when deciding whether to reach for water or your favorite sports drink.

Electrolytes. Almost all of us have heard the word, but what exactly are they? Electrolytes are minerals that create an electrical charge when absorbed by the body. These elements help aid the brain in sending nerve signals to the rest of the body, ensure proper muscle contraction, and regulate acidity in the blood (also known as pH levels). The electrolytes and extra carbohydrates contained in drinks like Gatorade and Powerade can be beneficial for individuals participating in intense, continuous exercise for several hours at a time.

However, the truth is, most of us don’t need either.

Some studies have found that because of the carbohydrates and electrolytes they contain, sports drinks can improve the performance of endurance athletes like runners, cyclists, and soccer players. But for regular individuals who aren’t planning on running a marathon or cycling for several hours in sweltering heat, water performs just as well. Several scientific studies have shown no difference in the hydrating power of the two drinks with mild to moderate activity. .

While the sugars found in many sports drinks may help them taste great, they also produce acids that dissolve and damage your teeth. By contrast, water can actually help wash away the bacteria responsible for tooth decay, keeping your teeth and gums healthier.

As with every sweet treat, sports drinks can be enjoyed in moderation in order to protect your oral and overall health. For now though, good old fashioned water is still king of the beverages for us and our oral health.

If you haven’t done so already, book your next appointment today to keep your teeth and gums in optimal health. We look forward to seeing you.

Rheumatoid arthritis (RA) is a complex autoimmune condition that affects sufferers in a variety of challenging ways. While many of us are relatively familiar with how rheumatoid arthritis impacts our joints and energy levels, fewer are aware of the condition’s relationship to our oral health. RA is correlated with gum disease, gum inflammation, and tooth loss. This connection between rheumatoid arthritis and oral health has been firmly established by scientific research. While scientists have not definitively sussed out all the particulars of this relationship, what’s clear is that the fewer teeth we have and the worse our oral health is, the more susceptible we are to RA. 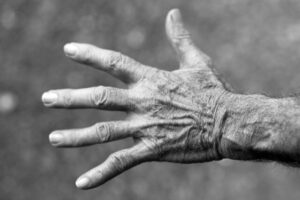 A growing body of evidence over the past several decades has shown that there is a strong relationship between the health of our teeth and gums and whether or not we develop rheumatoid arthritis over the course of our lifetimes. A study conducted between 1987 and 1998 illustrates this connection. Researchers looked at over 6,000 men and women and found that individuals with serious gum disease were twice as likely to meet criteria for RA compared with people who had healthy gums and teeth.

A paper presented at the European Congress of Rheumatology in 2012 further solidified the connection. It showed that the fewer teeth a person has, the more likely they are to develop RA. Researchers also found that those with the fewest teeth had the most severe—and least treatable—rheumatoid arthritis.

This connection has a positive flip side, though. Individuals with RA or experiencing the early stages of RA symptoms may actually be able to protect themselves from the condition by treating their teeth. A 2009 study determined that by engaging in good periodontal care, rheumatoid arthritis patients were able to reduce the severity of their symptoms. The highly encouraging study suggests that by seeking out a dentist and rigorously treating periodontitis and gum disease, individuals can actually ease the joint pain and fatigue that can become a daily struggle for RA sufferers.

Recent research indicates that we can take even greater initiative, though. We don’t have to wait until rheumatoid arthritis symptoms are severe for us to seek periodontal care. It’s clear that the healthier our gums and teeth are, the more protected we are from RA. Keep on top of your oral health—fighting gum disease, gum recession, and tooth decay—and you’ll give yourself a much better chance of leading a completely RA-free life. Do so by scheduling your next appointment with our office today.

For Our Patients
Meet Dr. Karl Smith
Our Dental Services

Two Locations for Your Convenience

How to Make Your Oral Health Care Routine Environmentally…

There has been a trend towards being eco-friendly for a…

How to Make Your Oral Health Care Routine Environmentally…

Periodontists: What Do They Do? | Alexandria VA Best…

A periodontist may be recommended to you by your dentist…

Periodontists: What Do They Do? | Alexandria VA Best…

Gum disease can be a major problem, but if detected…

Due to COVID19, Our office is currently scheduling patients May 18th, 2020 and after. We are here, working in the background, for you, and answering questions, during this world health crisis.

While we may be experiencing challenging times, we believe that together, we can get through this. Our practice has always had the very highest standards when it comes to your health and the health of our team members. That hasn’t changed. Every single time you visit our office, our primary goal is to ensure your total body health and wellness.

Dental equipment that is used to perform dental procedures combined with a patient’s saliva can create a spray that the Coronavirus can live in for several hours. This, combined with difficult access to the proper Personal Protective Equipment, due to it being donated and directed to hospitals, is why we have decided to suspend non-urgent dental care through April 2020. This helps to protect our patients, our team and our community. Upon reopening we will be offering some additional safety measures and extra wellness preferences to our patients. Please follow along for updates, including the new “wait in your car option” on our Facebook page here: https://www.facebook.com/GreatGumDoctor/

We will continue to maintain and uphold the sanitation and infection control requirements as set forth by OSHA and the American Dental Association even after this crisis is over, but we will also continue to exceed them. You and your health have always been worth the extra effort.

If you are in need of any form of periodontal or dental care, such as treatment for bleeding gums, dental implants, or oral infection, we will be able to provide the necessary care safely and with compassion. Our emergency lines and messaging options are always available for you.

You can find out more about which cookies we are using or switch them off in settings.

This website uses cookies so that we can provide you with the best user experience possible. Cookie information is stored in your browser and performs functions such as recognising you when you return to our website and helping our team to understand which sections of the website you find most interesting and useful.

Strictly Necessary Cookie should be enabled at all times so that we can save your preferences for cookie settings.

If you disable this cookie, we will not be able to save your preferences. This means that every time you visit this website you will need to enable or disable cookies again.